I launched ingest including photorec carver on a hard disk of 1T0 free at 75%. How can we see the progress and the expected duration before the end because I have the impression that it is blocked on photorec

it has been 2 days that it run

Thanks for you help, sorrry for my english i’m french

In this case, autopsy was no longer responding and disconnected on its own. So I launched a new case on a key of 4GB whose behavior seems identical to me (loop on photorec …) I put screenshots to complete my remarks 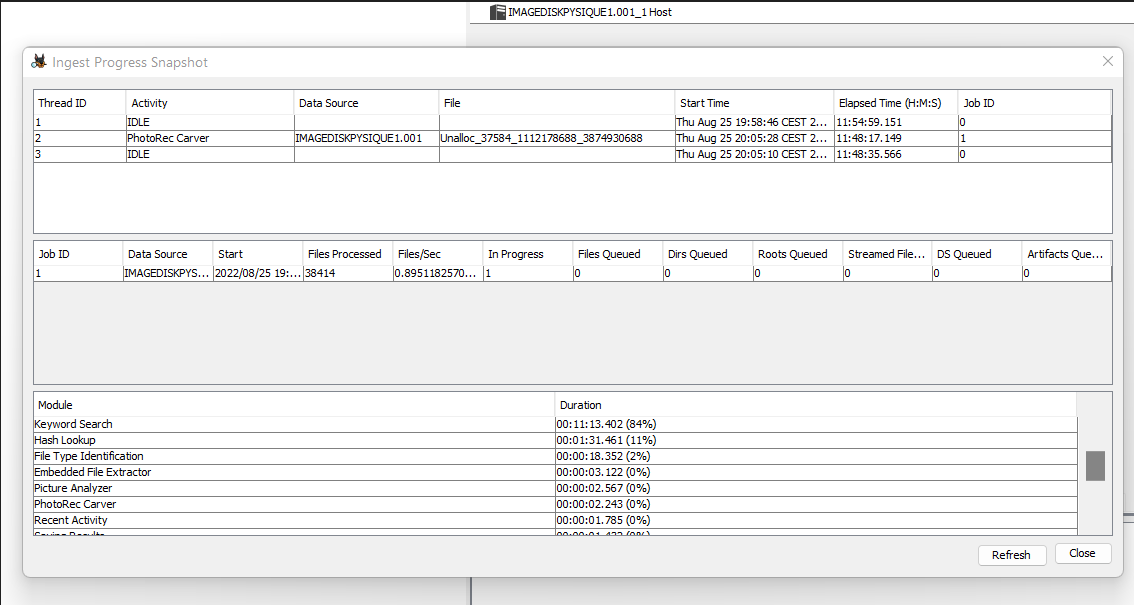 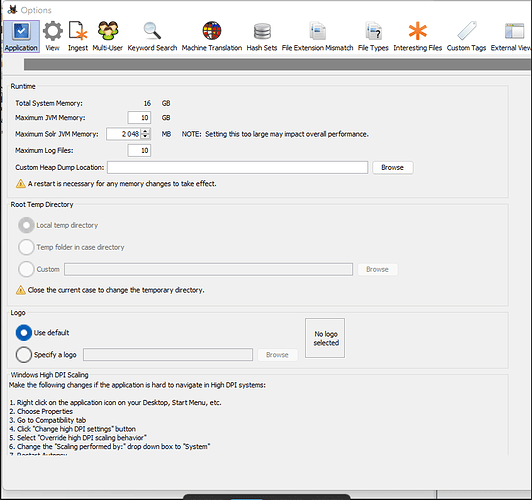 Photorec is a 3rd party command line tool that we use for carving. Unfortunately sometimes (very rarely but sometimes) it takes a very long time to finish or even gets stuck completely. There really isn’t anything we can do about it.